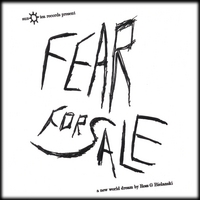 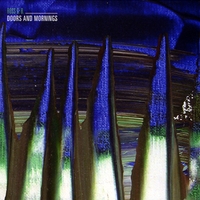 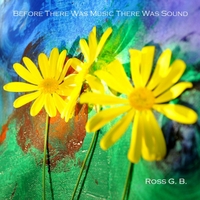 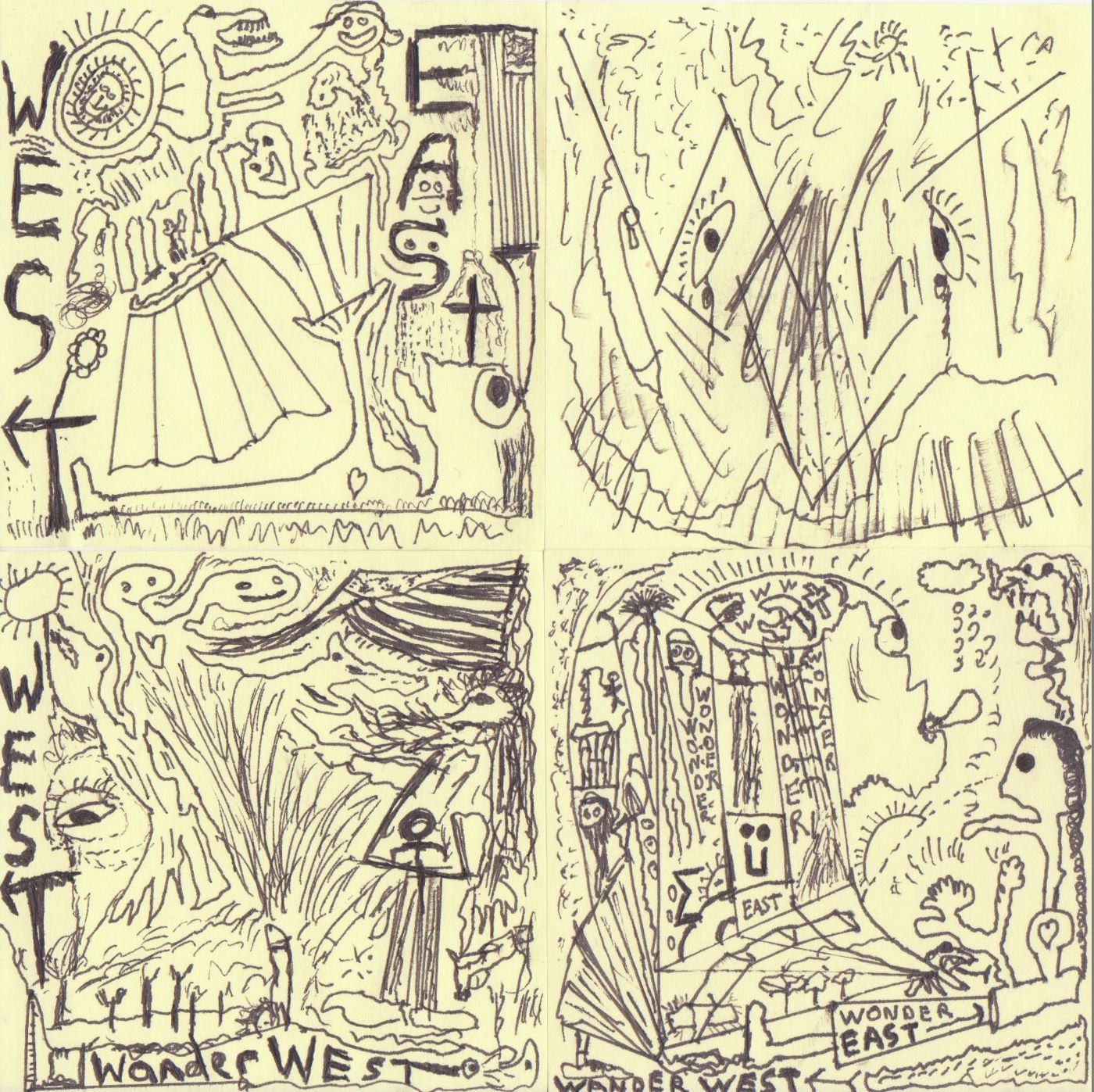 A solid year in China with only one ten day trip outside of the country (Thailand) can really root out misperceptions of this vast global superpower and foster a sincere appreciation of culture, history, cuisine, language and the Chinese Experience.   It also makes you reflect upon the things that you have no influence over: life experiences in China that you just have to accept; love them or hate them. I’d like to share ten love/hates of day-to-day life in the Peoples Republic.

Tourists or expatriates, current and former: feel free to disagree or provide your insight. This is simply my trip…

1. Getting Lost in Translation.

Mandarin is a difficult language for some to learn; easier for others. Shanghainese is even more complicated. The key to verbal communication is that your pronunciation must be absolutely perfect for someone to properly understand you. I imagine most Chinese see westerners learning their language as we might see our own kindergarteners trying to grasp early words – little babies that can’t pronounce anything worth a damn. One word can mean six or seven different things just based on the tone and what measures are accented. I can’t tell you how many times I have practiced the pronunciation of a word and felt incredibly confident and proud in my learning of new vocabulary only to receive blank stares on the receiving end when in practice. In well developed business areas or in tourists spots, English speaking Chinese can be found rather easy.   Go off the main streets and you will find that most Chinese, most certainly the ones over 30, speak very little English. All is not lost in this predicament. There is some surreal peace to not having to talk to people because they won’t understand a damn thing you say.   I like being alone and sometimes it is the nicest feeling in the world to be on an incredibly crowded street yet feel psychologically alone and in a separate world.   It is beautiful.   Okay, back to the five tones. I’ve got to focus on the tones.

Walking around older or “more Chinese” parts of Shanghai, you can get the feeling you are a walking wax figurine of a senior crew member that stepped off of Marco Polo’s boat-a white-skinned Ocean Ghost from thousands of miles away that these people have never seen before. Any foreign tourist or resident of Shanghai will need to get used to this.   I’ve been in a rock band or three and shared quite a bit of stage time with the world.   It doesn’t really bother me.   However, if you are a Westerner that is not used to having people cold blank stare at you for a solid minute as you pass down the street, you might feel a little bit weird.   It does take some getting used to.

I have bad knees from snowboarding accidents and other abuses in my early twenties.   Squatting is painfully difficult but it is incredibly necessary in China.  Outside of homes, nice hotels, nice restaurants or nice business offices, most all toilets are squat toilets.   I am convinced that Chinese just have superior joints and superhuman knees that enable them to squat so easily.   See that guy holding on tightly to the bottom of the bathroom door just to help balance himself from falling into the toilet?   Yea, that is Ross.

Everything is for sale in China.   Even toilet paper in restrooms.   Yes, most quality restaurants and decent businesses will have toilet paper in the bathrooms, but beware… not at the public places. Always carry tissues wherever you go.   They are just as important as carrying your wallet.

I want to hang the guy who invented the escalator. It is the defining device of laziness. I mean, once a Chinese person gets on an escalator, they don’t move.   If there was a million dollars at the top of the escalator, Chinese people still would not walk on the escalators.   I don’t know if this has to do with being culturally lazy or taking advantage of machines doing the work for us.   It is not just riding the escalator, but it is the queue up for it. There could be an escalator only going up one floor, maybe 20 steps, and people would still gaggle up and wait to get on the escalator instead of taking the empty wide open stairs that are right next to the escalator.   It boggles my mind.   Like Chinese will WAIT to be lazy and they will cherish each and every moment that they are riding on the escalator.   The worst part of this is when you are trying to catch a train on the metro and no one is moving an inch on the downward escalator.   It could be the time machine train to understand all the great mysteries of life, but not a single damn Chinese person is going to move on the moving escalator to attempt to get on the train before the doors close.   SERIOUSLY. MOVE PEOPLE!   Lesson: just be late along with the rest of the Chinese people.   It is called Shanghai time.   We’ll get there when we get there.   There is always another train.

Speaking of trains while we are on this topic, what is up with the Chinese lack of ability to make a line and queue in it properly?  Chinese have a serious problem with lines and order.   You would think that somehow over a 4,000 + year history this society would figure out something as simple as a line. No. It just doesn’t work here.   It is called a gaggle to do anything.  This is especially true on the metro where everything is a fight for space.  The “morning metro push” can cause me a bit of serious anxiety.

The planning authorities here spend quite a bit of effort to create and maintain the gardens and landscapes that make us feel for twenty minutes that we are not in the middle of the most populous city in the world.   Thank you for all these parks, CCP. Just make sure you fly you kite in the right spot, otherwise you are in trouble. Now if we can do something about this pollution….

8.  Is that your lung you just spit on the ground or are you happy to see me?

Spitting:   Chinese love to spit. It is disgusting but it is acceptable in the PRC.   Always keep your eyes on where you are putting your feet so you don’t have a big wad of snot on the bottom of your shoe.

9.  Yes, the bathroom is really for smoking.

China is a place for smokers.   I don’t have the statistics in front of me, but most of the men seem to smoke. I would say that it is upwards of 70% of Chinese men smoke. Most women don’t (thankfully).   I am happy to report that more places are enforcing smoke free seating areas.   You are also not supposed to smoke in office buildings but everyone seems to do it anyway.   They all take their smoke breaks in the bathrooms. I guess there is something free about a bathroom that no one I going to bug your privacy. By lunchtime at my work, the bathroom smells like a smoky bar. Yuck.

10.  At least the police don’t sweat you about that open container…

Last but not least, let’s talk about alcohol. Specifically, consuming alcohol in public.   Now I do not condone being drunk and disorderly in public nor all of the filth and issues that usually show up around the corner from drinking establishments; but what I MUST say is that, as a one who partakes in the great fermented beverages, there are few other places in the world that really don’t care as much as they don’t care in China about drinking alcohol.   It is a very libertarian approach as in “your business is your business and we don’t care” or “to each his own”, when it comes to drinking alcoholic beverages.   Incredibly contrast to drinking alcohol in public in the USA. No cop will hustle you about walking down the street with a beer.   Want to go shopping at the mall and sip on a beer like it is a Coca-Cola? Not a problem.   Beer on the train after work? No issues.   Want to buy beer at 6am? No one looks at you funny.   It just isn’t a big deal.  It is very zen. It most certainly feels free in this regard. There are more important matters of life to worry about.   If all the world’s problems were as insignificant as alcohol use, then we would be quite a chillax world….

A couple of side-notes:

I did take three short trips to Hong Kong in the last year. I see HK as sort of quasi-China. But NO, really, Hong Kong isn’t China. Perhaps territorially due to the Sino-British treaty that stems for the Opium Wars but it is most certainly another place by its psyche and culture… more in another writing on adventures in Hong Kong.

Also of important note: A critical factor when coming to China is to make sure you have a good VPN so you can reach your favorite websites.   Google (including Gmail and Google Maps), YouTube, Facebook, Twitter, basically the entire blogosphere and anything that the Chinese authorities deem as “inappropriate for the common good” or that is “disruptive to social order” will be blocked by the Great an Mighty Firewall!